The Ultimate Guide to Must-See Places in Thailand Formerly known as Siam, Thailand is a country in Southeastern Asia. Surrounded by the Gulf of Thailand and the Andaman Sea, you can find some amazing beaches to visit while you are there. And with the tropical climate, water sports are popular.

The earliest evidence of people in Thailand was about 2000 BC, so there are a lot of historic properties and archaeological sites to see as well. It is a popular vacation spot and was the most visited country in Southeast Asia in 2013.

Ready to start your Thailand visit with beautiful Bangkok? Drop off your bags at a Bangkok luggage storage locker and enter stunning temples or explore huge markets.

Bangkok is the most popular tourist attraction in the world as well as the capital of Thailand. It was settled as a small village in the 1400s on the Chao Phraya River. After Ayutthaya fell in the 1700s, King Taksin moved the capital from there to Bangkok. But most of the tourist attractions are on the island of Rattanakosin.

This island is the historical center of the city with some of the must-see places like the Grand Palace and Wat Phra, which is the most sacred Buddhist temple in the country of Thailand. It is home to the Emerald Buddha, made in 43 BC. Don’t miss the Museum of Siam, the National Museum, and the National Gallery. 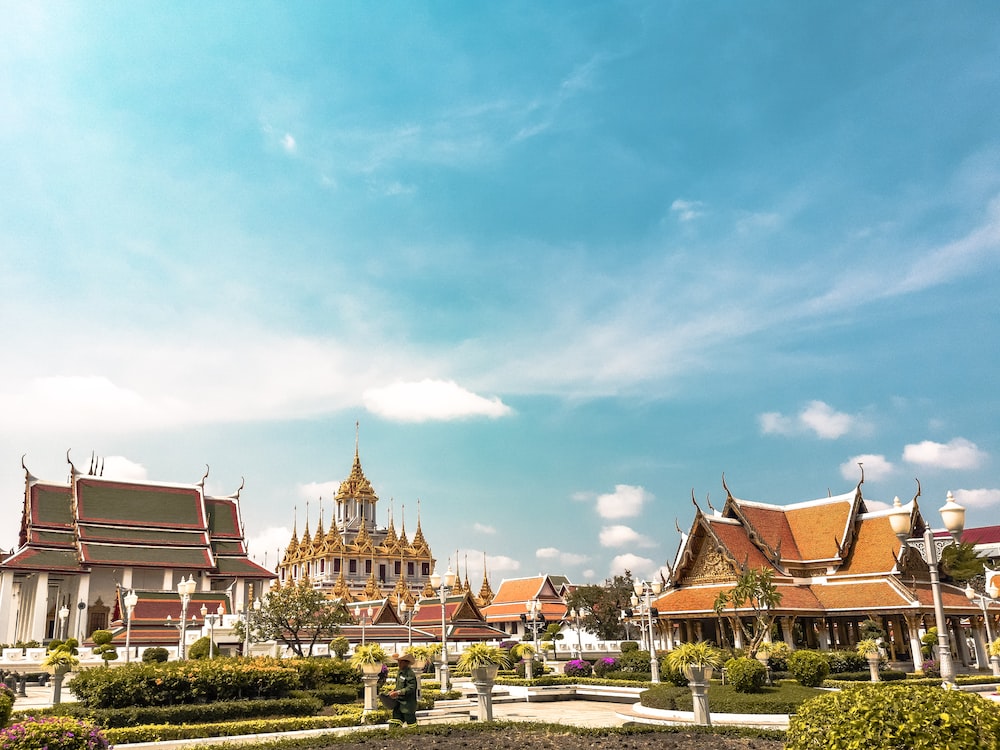 With over 119,000 acres, the Doi Inthanon National Park is nicknamed the “roof of Thailand” because it includes the Doi Inthanon, which is the highest mountain in the country. The highest point in Thailand is actually a famous spot with tourists. The waterfalls in the park are also amazing, especially the 131-foot Wachirathan Waterfall.

Other attractions at the park include the Mae Klang Luang Village with small mountains full of rice fields and tiny buildings. The Royal Project flower garden is also stunning, with the warm tropical climate encouraging blooms year-round. The Two Chedis are also spectacular sights, which both feature art and statuary. 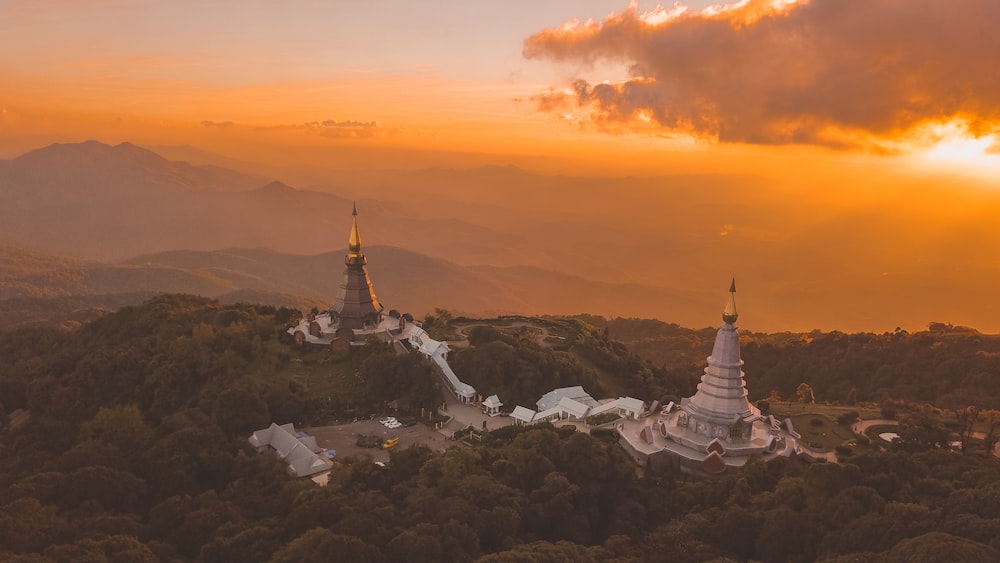 Koh Lipe is truly a place to be away from the hustle and bustle since there are no cars allowed on the island. But don’t worry, it is small enough that you do not need a car and it has four white sand beaches to enjoy. The clear turquoise water and white sand are cleaner here with no exhaust from vehicles. 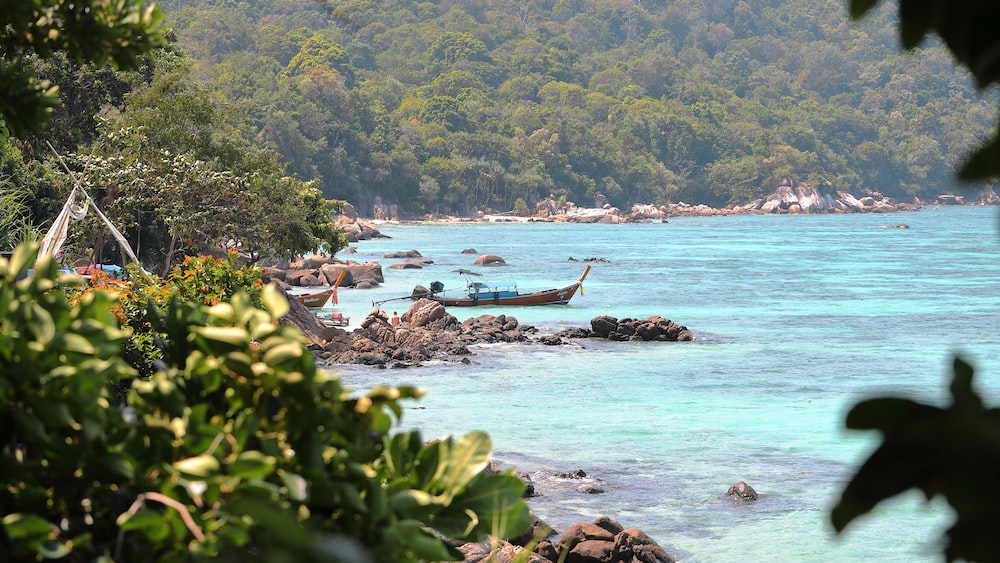 Erawan National Park is famous for its main waterfall, which is named after the Erawan, the Hindu mythological three-headed white elephant. The shape of the waterfall looks like three elephant heads and has seven tiers of amazing falls. The emerald-green ponds beneath are a nice place to cool off.

Speaking of elephants, you may see some while you are there as well as black bears, monkeys, leopards, gibbons, and boars. You may even see a Burmese python or King cobra. The bird population is great too with 120 feathered species. There are also four caves in the park: Phartat, Wang Ba Dan, Rua, and Mi. 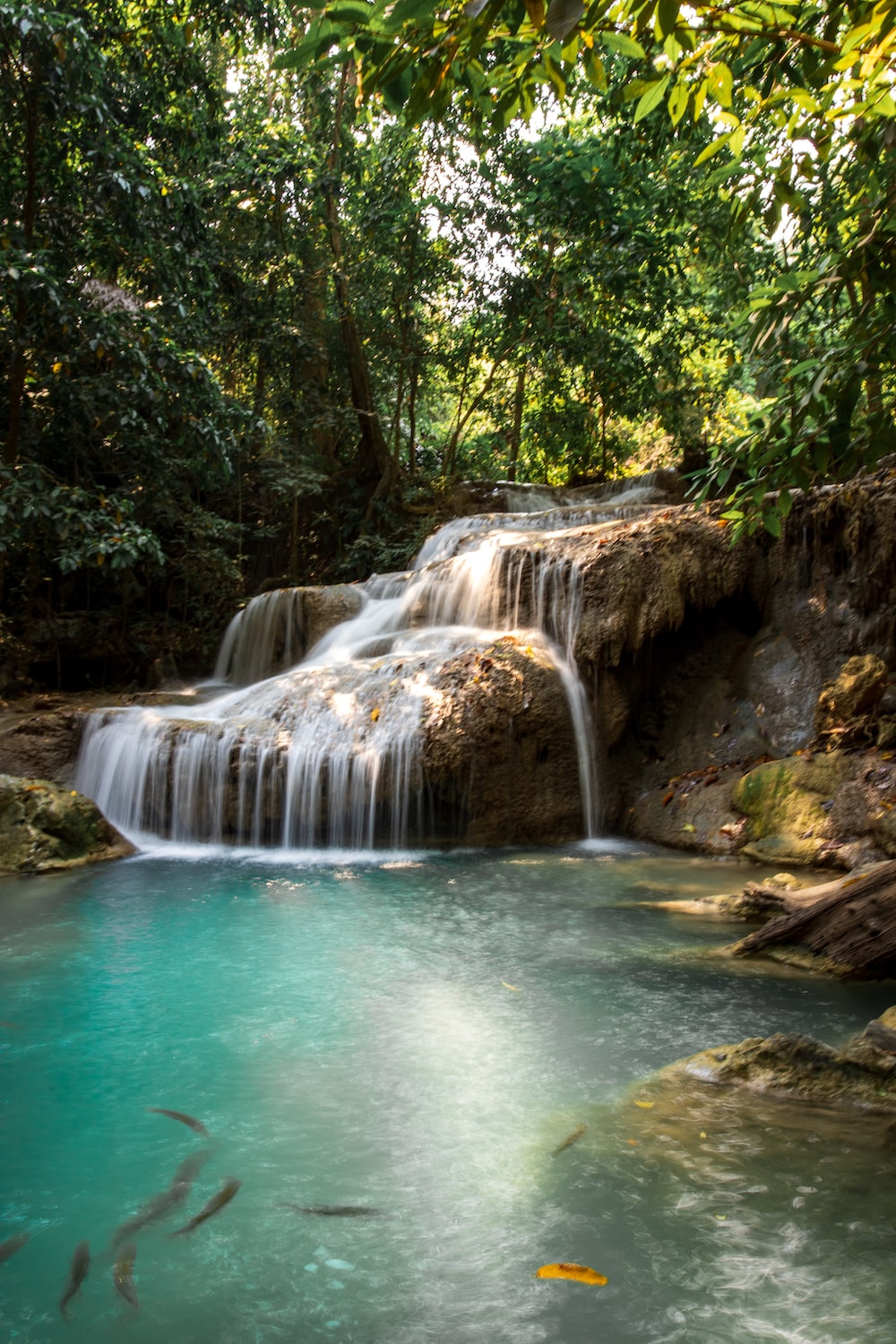 Lopburi Is a fantastic place to go if you like ancient temples and historic ruins… or monkeys. Explore the ruins of Wat Phra Si Rattana Mahathat, visit King Narai’s Palace, and learn more about the island at the Somdet Phra Narai National Museum. They also have a huge and beautiful sunflower field garden to get selfies at.

But many people who visit Lopburi go to get photos of the monkeys. Prang Sam Yod Temple is the place to go if you want to see them. Bring food if you want to get a close-up or selfie. But be prepared because they will bug you if you have food. They even have a monkey buffet festival on the last Sunday of November. 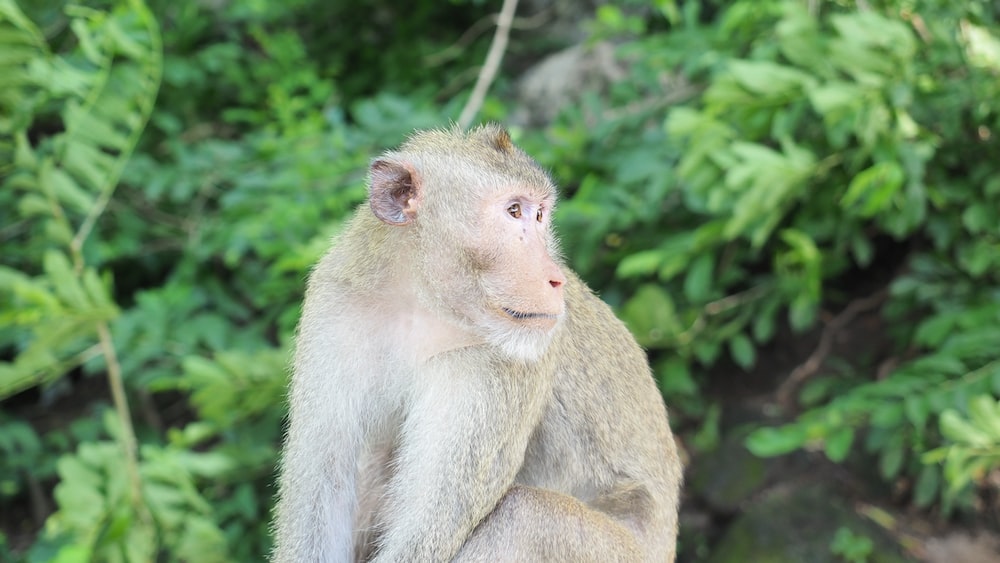 Ayutthaya was founded in 1350 and was the second capital of the Siamese Kingdom. From the 1300s until the 1700s, the city was one of the world’s largest centers of commerce and diplomacy. Today, it is an impressive archaeological ruin with the remains of old towers, Buddhist monasteries, and other structures.

In the city, you can find two of the most famous temples from before the 1300s, Wat Yai Chai Mongkhon and Wat Chai Watthanaram from 1630. You can also visit the Chao Sam Phraya National Museum and the Ayutthaya Historical Study Center. And do not miss the Temple of the Reclining Buddha where you can get some awesome selfies. 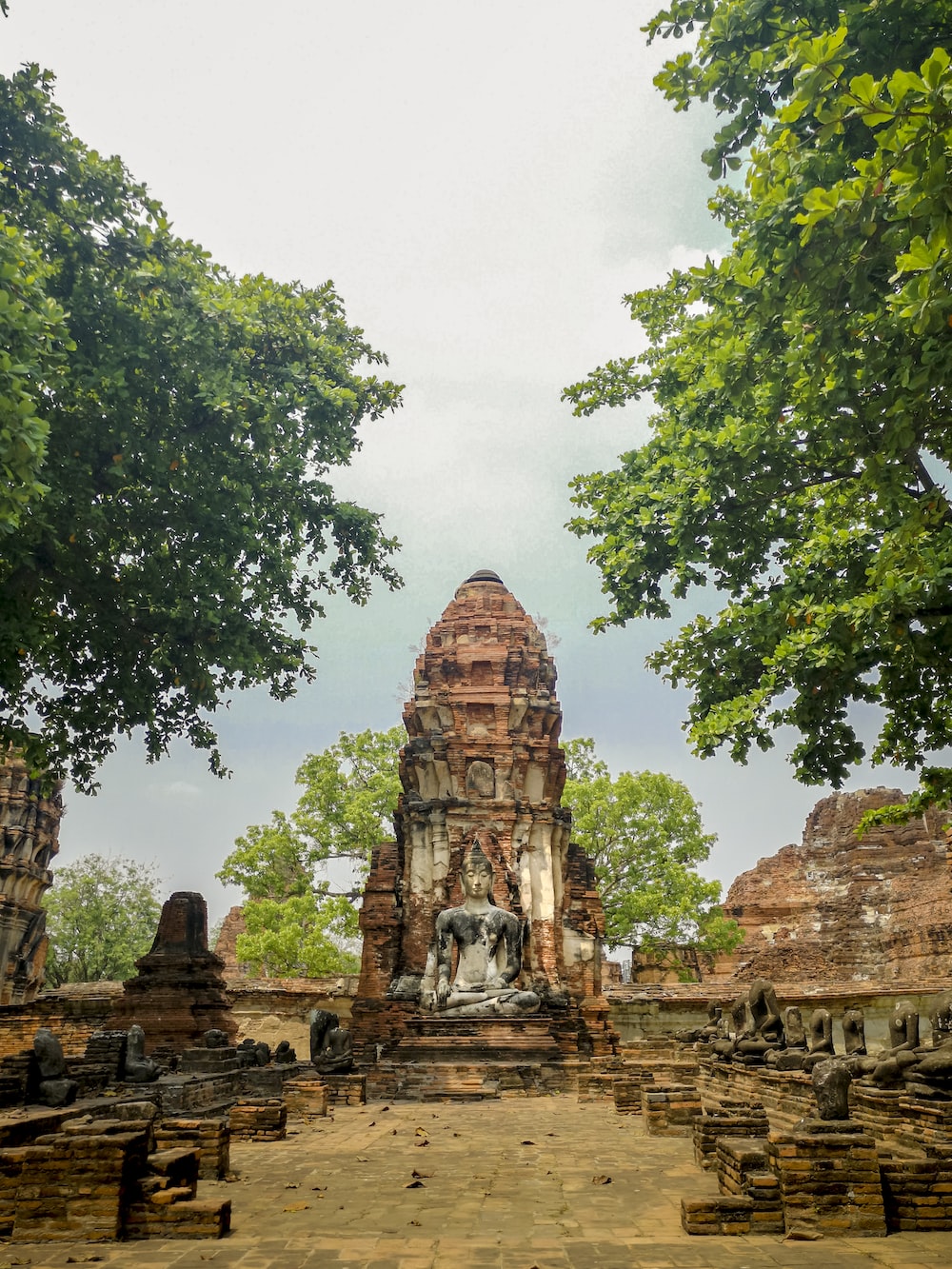 Similan Islands is where to find the most vibrant and beautiful coral growths in the world with over 200 species. You can see staghorn coral, tree corals, table corals, and all the fish that call them home like lionfish, clownfish, glassfish, and the longnose hawkfish as well as eels, sea turtles, and stingrays.

You will also find anemones, huge sea fans, barrel sponges, caves, and shallows to snorkel in. The huge granite boulders lining the southern and western beaches are also amazing. Some of them are larger than houses so this is a perfect place for some unique photos. And don’t miss Sharkfin Reef on Ko Payan. 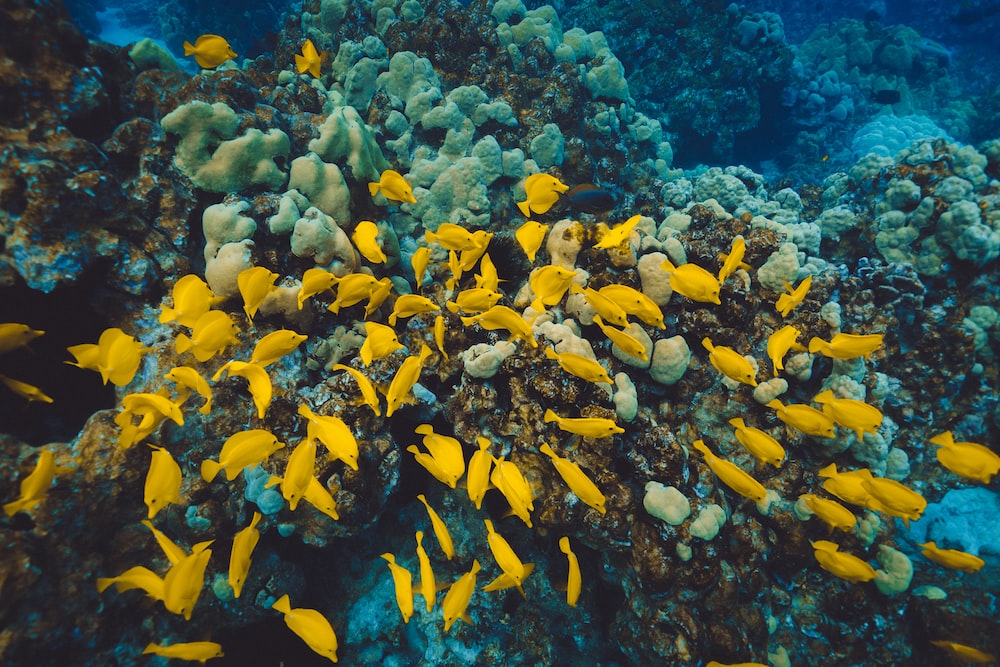 While you are in Thailand, be sure to stop and try some of the local cuisine. Of course, being a coastal country, seafood is popular. But some of the main delights there are Thai salad with glass noodles, Khao Soi (creamy coconut curry soup), and Gai Tod (Thai fried chicken). And try the Kao Niew Ma Muang, which is sticky rice with mango.