Thai Culture: Why is Thai language so hard to learn? + Interesting facts I love it when friends try to learn my language but the problem is it can be really difficult to get a grasp of. Even for someone who was born here and has a Thai family and friends, it’s not easy to understand the complicated Thai language and why something works certain ways.

1. Thai alphabets always have a noun word to accompany them

This is like A for Apple but in Thai, there are specifically designated nouns to accompany each alphabet. Like the first alphabet “ก” is accompanied by the Chicken, so we always say ก chicken! And the second alphabet is “ข” and accompanied by the Egg.

Have a look at the picture below: We have 44 alphabets, some of them are so weird we don’t even use them. The picture that accompanies the alphabet shows the name. So the first one is like I said ‘ก’ Chicken and then followed by ‘ข’ Egg. Pretty interesting, huh? Have a guess at other alphabets to see if you might be able to figure it out.

2. We don’t have the grammar for time

Unlike English, Thai language doesn’t have the grammar for time. So yes, that’s great news. Instead of having was instead of am, we simply put the time period phrase at the back.

You don’t need to change eat to ate or anything, it’s the same just put your time phrase to make sure the person understands it’s in the past!

3. But, just like other Asian languages, our alphabets and pitch/tone do matter (and are crazy)!

It’s interesting to know that a slight bit of pitch change can lead to an entirely different meaning.

If you listen carefully, it’s almost the same. The most upsetting words that are commonly mispronounced by foreigners are:

So you might be complimenting a beautiful Thai lady but a different pitch to the word can lead to a different meaning!

But don’t worry, if you’re not a native speaker we always find it admiring you’re trying your best to speak our complicated language! And most of the time we will understand what you mean 🙂

In Thai, we have a lot of words to call a stranger. This is exactly the same as the words we use to call people in our family too. There’s a TV advert that points this out. Thai people consider everyone family. For example:

So you will be seeing a lot of people just yelling the word ‘Pi’ or ‘Nong’ to grab the attention of a waiter in a restaurant depending on your age and whether the waiter looks older or younger than you. There are times I have called ‘Pi’ which is used to call older people even though they are clearly wearing high school uniforms and I am wearing a university uniform. Sometimes you forget but sometimes you do it on purpose to show that you respect them as someone older, more mature and experienced in life.

There is also a lot of people complaining about when to use ‘Pi’ or ‘Nong’ not knowing by the look if they are older or younger. I always tell everyone to go with ‘Pi’.

5. We make a lot of inappropriate words sound normal in daily conversations and make normal words sound ew and taboo af to talk about

This is very funny because I just talked to my friend about it. We love to make a lot of inappropriate things sound okay and usable in normal day-to-day conversations while making other normal words sound bad and taboo. This is just some examples I have come up with in our phone conversation, pretty sure I’ll keep adding if I can think of anything more:

Yes, as if ‘sex’ is the word that should not be named or called like Lord Voldemort

Sometimes this is accompanied by touching your muffin top and you can’t even be mad about it. Or if you are, they will just say you’re being too sensitive when all they are doing is just being honest — victimized themselves and normalized a not-okay word as okay in conversations again

6. We suck at spellings too

Even the most widely used word like “ka” for women to use at the end of everything to show respect and formality is ALWAYS spelled and written incorrectly. This is so common, the Internet goes crazy about it like the situation of you’re and your: 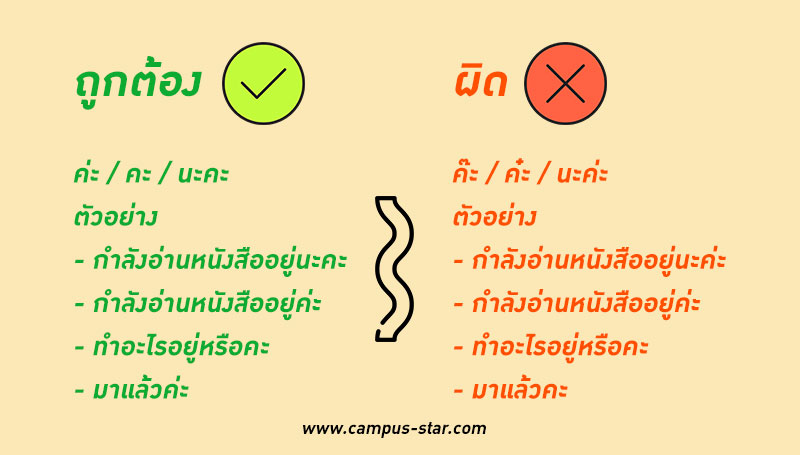 We even have a name for this epidemic, calling it the  “disaster of language” ( ภาษาวิบัติ)  which catapult by the internet generation when people especially younger ones tend to simplify the spellings and make everything, well, wrong. But you can’t blame them entirely, Thai is complicated and spellings are illogical. It doesn’t make any sense. Sometimes this alphabet is used instead of this, why?  Well, because it is.

An example is the confusion with how our main airport, Suvarnabhumi, is really pronounced.

According to Nortodos Bissoniks on Quora, he answered by mentioning that “Thai authority uses transliteration method to romanize the name of this place instead of transcription method” hence the name Suvarnabhumi (with an i in the end) instead of how it is pronounced, Suvanapoom/Suwannaphum (su-van-na-poom).

Why the silent ‘i’ at the end, you may ask? That is just the way our mystical language works, and there are plenty more than even I don’t understand and a lot of Thais don’t even know until corrected.

7. We use ‘karaoke’ to chat online in Thai

Like I said, we suck at spellings. But sometimes spellings are hard on purpose. So when we do text and chat online, we tried to simplify matters as much as possible. And that includes typing Thai in English.

Instead of writing  หิวข้าว and having to change the keyboard language on your phone, you just go ahead and type ‘hiw kao’. We call this phenomenon of language as ‘karaoke’. Or what you read is what you pronounce. There is no hidden vowels, or whatever. It is straightforward and if a tone/pitch matters, we just hope the person we’re talking to can figure it out by reading the context of the sentence. For example:

The word ‘suay’ here can mean anything from pretty to bad luck as mentioned above about how important pitches are in Thai but of course, we know the person saying it is trying to complimenting us and not saying we look like a bad luck or having a bad moment (hopefully?).

There’s a lot of online debate whether using karaoke is yet another example of Thai youth’s exploitation of Thai culture and language. You will see a lot of questions on the Thai version of Reddit asking things like this:

“Why do these people have to type like this?”

This question is towards kids from international schools and students from Chulalongkorn (one of the top universities in Thailand) which are normally perceived as rich kids that try to act differently to show class differences.

Pim Thai Mai Dai is one of the very funny Facebook pages that uses Thai karaoke to comment and criticize current political news that would otherwise be dangerous to speak about under Thailand’s military government.

You will also see a lot of 5555 in Thai internet words, that is because the word 5 is pronounced ‘ha’. Sometimes people make may use ถถถถถถถถ which is the number “5” on the keyboard if they haven’t changed the language into English yet. See the picture below to get an idea: 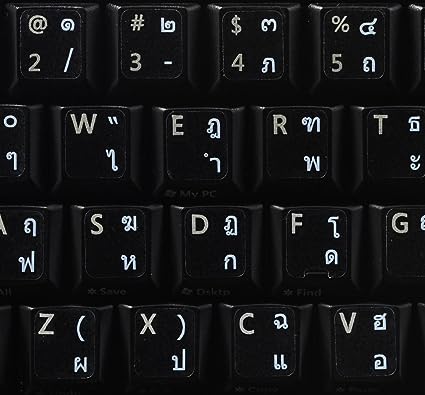 8. We use Thai numbers to overcharge foreigners

Yes, apart from the complicated Thai alphabets, we also have Thai numbers. It looks pretty cool too.

And most of the times, we use it not to show off but to confuse foreigners and charging them more. 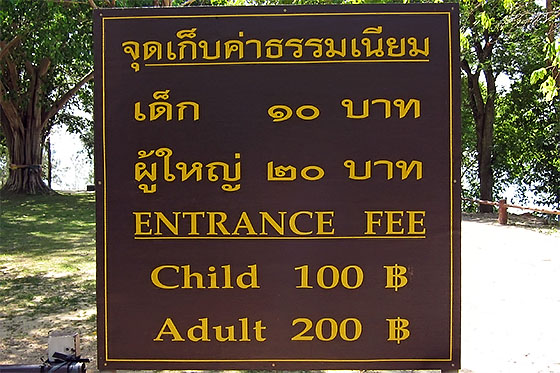 This picture says in Thai that children cost 10 Baht and adults 20 Baht but in English, this is more than 10 times more.

That’s all I can think about as for now! Would love to hear more examples from fellow Thai readers out there 🙂

Thai Culture: Thai names explained, why are they so long and weird?

Sorry not sorry for all these photo spams of this

Chiang Mai definitely knows how to do brunch and c

Chiang mai day 1: Before the hive flare up just wh